The Voucher Market needed to run some simulations for an upcoming project, and needed a tool that could generate and display data in a clear and visually appealing way so that it could be used in a number of presentations.

The project brief had three components: a tool for importing and randomly generating test data, a single page report to visualise all of the data and a modelling tool that would allow them to explore different pricing models for a product concept.

The data generation was handled by either importing data from a spreadsheet, or using a purpose built simulator which allowed different “personas” to be configured, which would then be used to control a simulation of users making purchases. There was also an option to have the simulation run automatically so that the test data was always up to date.

The visualisation part of the project involved building a report to analyse the data and display it on a single page. 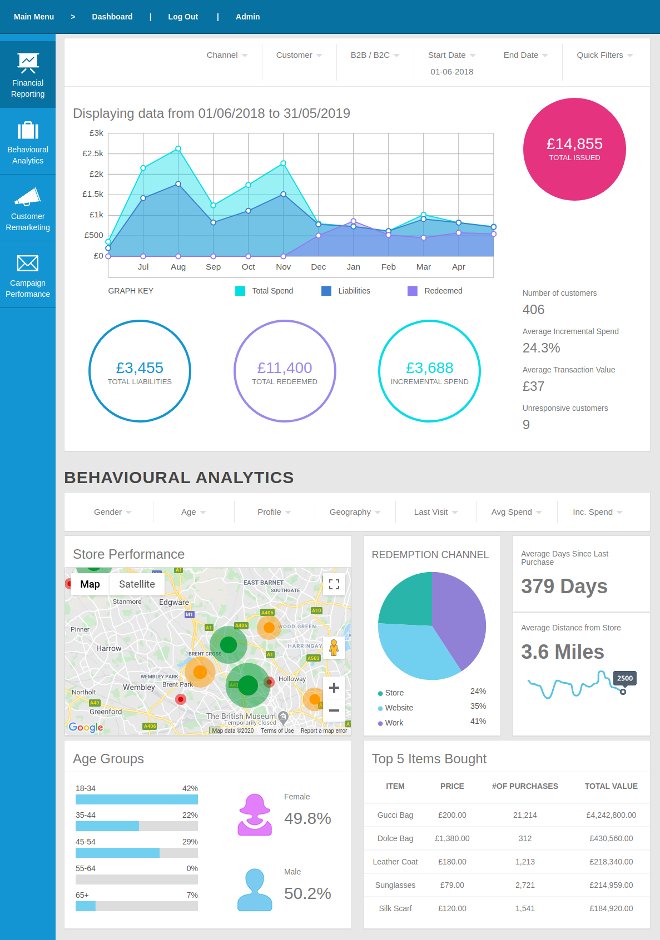 The final part was the price modelling tool, which had a selection of configurable parameters, and would generate a number of graphs to show how the parameters affected revenue depending on the number of sales. 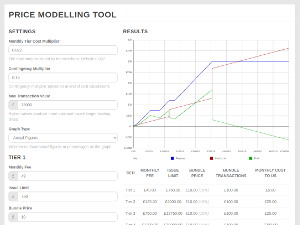 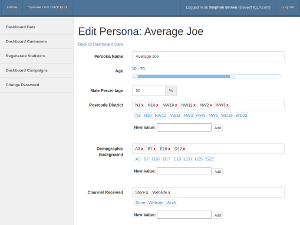 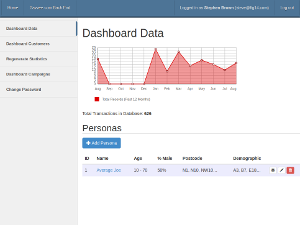